The New Christianity was described by Alice Bailey (founder of Lucis Trust Publishing Company, which was originally named Lucifer Trust), in her book, “The Externalization of the Hierarchy”, in this way:

understanding and direct knowledge. The activity of these forces, characteristic of the two signs,
produces in the atoms of the human body a corresponding activity. We are on the verge of new knowledges and the atoms of the body are being tuned up for reception. Those atoms which are
predominantly Piscean are beginning to slow down their activity and to be “occultly withdrawn,” as it
is called, or abstracted, whilst those which are responsive to the New Age tendencies are, in their turn,
being stimulated and their vibratory activity increased. ~ Externalization of the Hierarchy, Pg. 2

Bailey stated that authoritative teachings, and faith, is being replaced with individual understanding, and direct knowledge, which, also, is indicative of this post-modern era. This means that the new Christianity is to replace the importance of authoritative, biblical truths, with heartfelt feelings and experiences that will lock people into a strong delusion from which most will not return (2Thessalonians 2:8-12). This doctrine has the capability of single-handedly ending all that was regained by the Protestant Reformation.

Oprah Winfrey, who claims to be “Christian”, described this same “new age” spirituality when she stated that “God is not

a doctrine to believe, but an experience to be had”. For more information on the spirituality of Oprah Winfrey, click on the link entitled “The Church of Oprah“.

The false Apostle, Bill Johnson, made reference to this “new age” spirituality when he spoke this way about following Christ, and knowing God:

“Those who feel safe because of their intellectual grasp of Scriptures enjoy a false sense of security. None 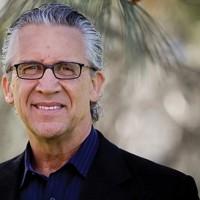 of us has a full grasp of Scripture, but we all have the Holy Spirit. He is our common denominator who will always lead us into truth. But to follow Him, we must be willing to follow off the map—to go beyond what we know” ~ When Heaven Invades Earth: A Practical Guide to a Life of Miracles, Pg. 80

“The Nature of God is revealed in story form…because the testimony of Jesus is the spirit of prophecy…you’ve chosen, by your decree, what you want to draw into the atmosphere, in order to reinforce that which is born in the heart of God” ~ Bill Johnson – Was Jesus a ‘Born – Again‘

Johnson states that Christians are to follow Jesus by going outside of Scripture (the map), and what it has taught believers about God. He also stated that people come to know God when Christians tell their own personal stories about him, and that this is the spirit of prophecy. Furthermore, he said that this practice causes Christians to be able to change reality as though believers share in God’s creative power. This is simply a different way of teaching the word of faith, “law of attraction” heresy, which is very popular within the “new age” religion.

One perfect example of the “new age” spirituality of the new Christianity can be found in the video below. It is a clear

display of experience over biblical doctrine, through a revival movement where the gospel of Jesus Christ is not preached, and no one seems to notice.

Related links are listed below: